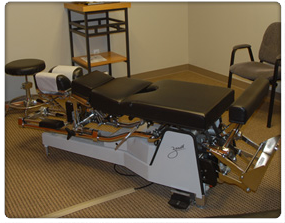 Baby boomers, people who were born between 1946 and 1964, are the largest generation in U.S. history. There are almost 80 million baby boomers in the United States today. Approximately every seven seconds, another boomer turns 50. The U.S. Census Bureau projects that one in nine baby boomers (nine million) will survive into their late 90s, and that one in 26 (three million) will reach 100.

This population is a formidable group. According to a report issued recently by the Chicago-based nonprofit American Academy of Anti-Aging Medicine (A4M), “The baby boom generation has been the single most significant American demographic trend of the 20th century, and baby boomers are poised to make their presence felt in another arena: medicine.”

In the Sept. 19, 2000 /PRNewswire came a report by the American Chiropractic Association on a survey of ” Baby Boomers ” conducted in the fall of 1999. The survey of baby boomers was conducted by Sorelli B, a national research firm. The survey found that more than one third of those surveyed said chiropractic care prevented the need for prescription drugs and physical therapy. Additionally, many respondents believe chiropractic care had helped them avoid back surgery and hospital stays.

The survey results strongly showed many participants desire for chiropractic care when it found that, they are willing to pay for the services out-of-pocket, although they would prefer to have the care covered by their insurance plans. The report also stated that nearly 60 percent of those surveyed said they would be willing to sign a petition asking their insurance companies to include chiropractic as a core component of their health plan.

One of the more telling quotes from the news story was the following, ” most of the baby boomers surveyed in the recent study said they were influenced more often by their doctor of chiropractic than by their medical doctor or osteopath. And doctors of chiropractic received higher ratings in the area of patient satisfaction than did their medical counterparts.” They concluded that, “Overall, 60 percent of the regular patients surveyed believe their doctor of chiropractic has improved their quality of life.”

Anti aging is a big button in 21st century America , one which is going to get much bigger over the next few decades. Every 8 seconds a baby boomer turns 50, and many boomers don’t want to stop “doing” as they age. An increasingly popular view is that growing older isn’t necessarily feeling old. Many Boomers want to do whatever they can to stay active and young, a desire fueling the growing demand for anything that promises anti-aging. Over the next 20 years, I expect this trend to only increase. 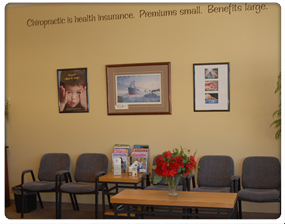 The chiropractic profession has not yet seized this opportunity. A simple and understandable truth is that chiropractic adjustments help keep people active(1) and maintain full range joint motion(2). The public perceives the value of chiropractic largely as pain relief for low back and neck pain. One of the ironies of chiropractic is that half the profession does not effectively communicate the benefits of adjustments past the point of pain relief, and the other half confuses patients by burying a simple message of keeping a body moving well as it ages in intellectualizations of wellness philosophies focusing on complexities such as the neuropathology and histopathology of the vertebral subluxation.

According to Farfan, “Aging and degenerative changes are not synonymous…degenerative changes do not appear unless the joint has been damaged by trauma” (3). People comprehend the simple logic of ideas such as “The best way to keep a body working well as you age is to keep your body moving during your life”. The loss of flexibility and the inability to move freely means people become less active as they age. If you can help patients keep moving fully with balanced posture, they will in all likelihood, considering ongoing medical advances, live far longer than their parents.

The first principle of posture and motion is “The body is made to move”(4). Explaining basic concepts of body motion to patients can help them understand the value of chiropractic manipulation (as well as posture exercise, nutrition, and other intelligent LifeHabits) in maintaining an active lifestyle, as they move, feel and age well.

“Chiropractic is based on a vitalistic philosophy, which recognizes simply, that life, and therefore health, is an expression of an inner wisdom — an innate intelligence animating every cell within our genetic design.” In that article they go on to quote Deepak Chopra, M.D., “Intelligence is present everywhere in our bodies … our own inner intelligence is far superior to any we can try to substitute from the outside…”

“Chiropractors work with the spine, not necessarily because its the source of neck and back pain, but because it houses and protects the central nervous system — that system which monitors, controls and regulates all body function, allowing the body to adapt to its environment, both internal and external.”